Drumming Home a Message About Climate

On Saturday 18th September, AAFAF invited families from Ambleside, Grasmere, Langdale and Hawkshead to bring a picnic tea to Rothay Park to learn about COP26 and to participate in sending a message to Alok Sharma, President of COP, our government and world leaders.

Storyteller Dominic Kelly and Primary School teacher Sarah Crowther talked to the children about COP and what it meant and found out what the children were concerned about and what they wanted to save or protect. After some drumming – anticipating the Taiko drumming performance that was next – the children wrote or drew the things they wanted protected, having been assured that the drawings would be parcelled up and sent to the President of COP26.
We were then treated to the thrilling drumming of the Taiko Drummers. In between their thunderous and wonderful pieces we heard from two very different speakers: Councillor Giles Archibold, who was leader of South Lakeland District Council for the previous four years, a knowledgeable and passionate advocate for action on climate change, and Tina Louise Rothery, an eloquent activist and firebrand, founder of the Blackpool Nanas who opposed fracking for many years, and who protested daily for several years at the Preston New Road fracking site. 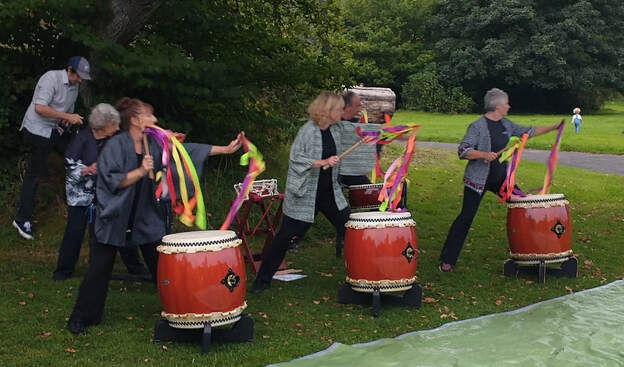 Families were urged to support what the children had done by emailing Alok Sharma themselves and, to make this easier, email details were handed out to people as they left.

Afterwards, Jean from the Cherry-didi shop and gallery offered to pay for ten places on a coach going to Glasgow for the National Rally on 6th November.

We duly rolled up the children’s pictures and posted them to Alok Sharma by Special Delivery - which our lovely Gaynor Rhodes insisted on paying for! 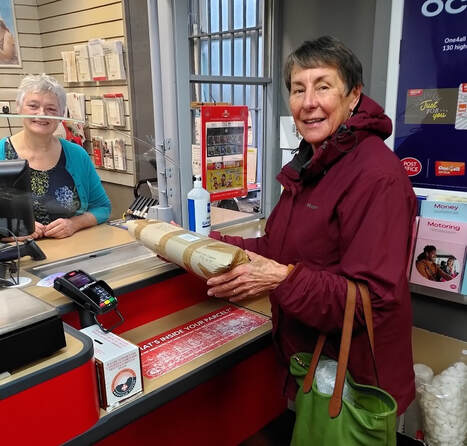