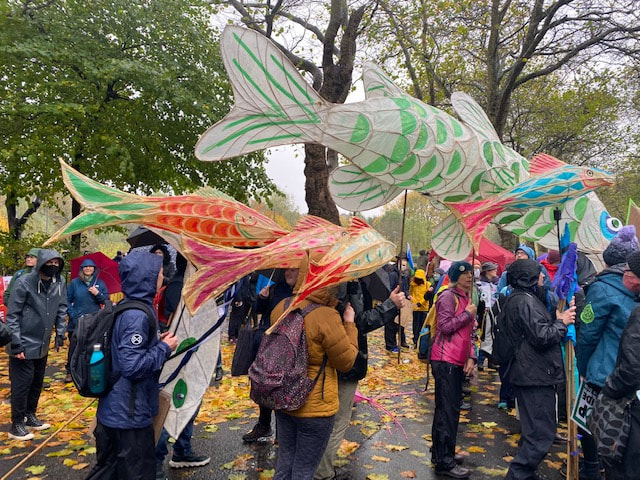 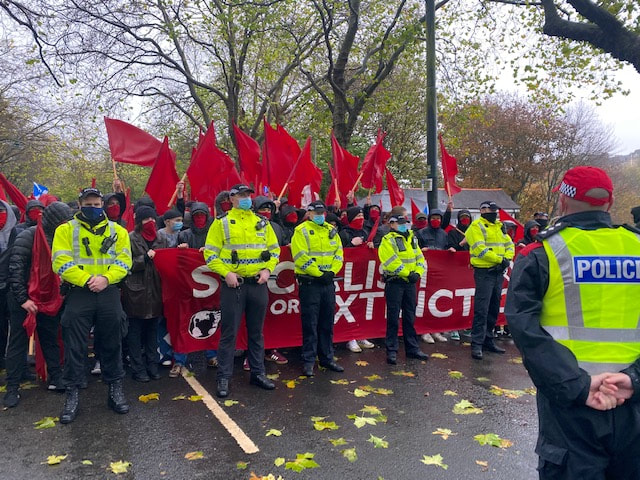 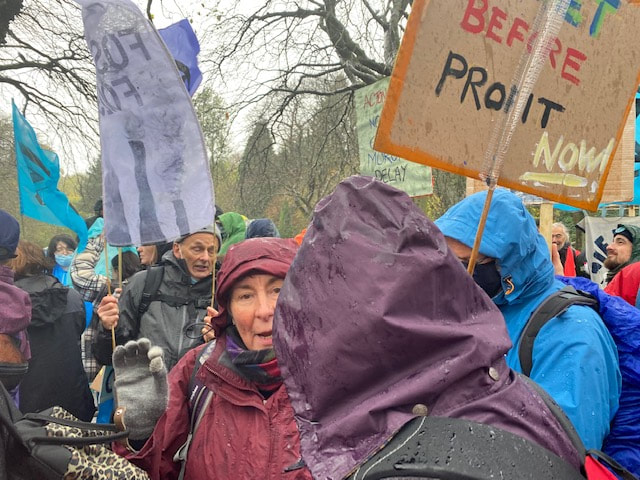 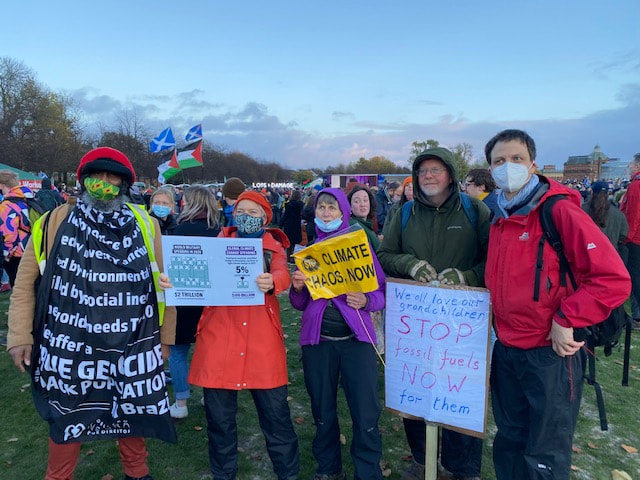 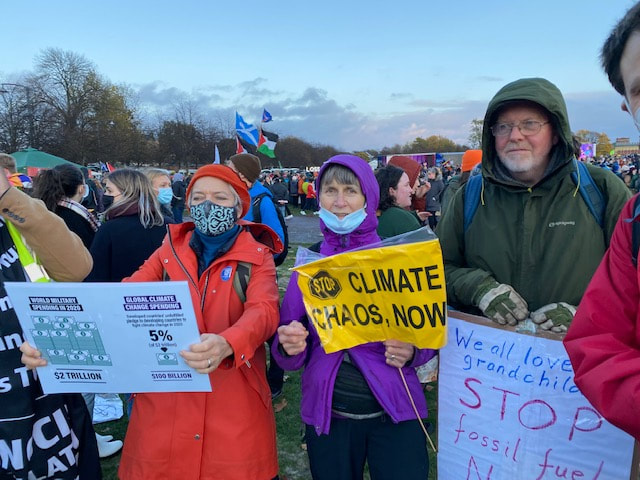 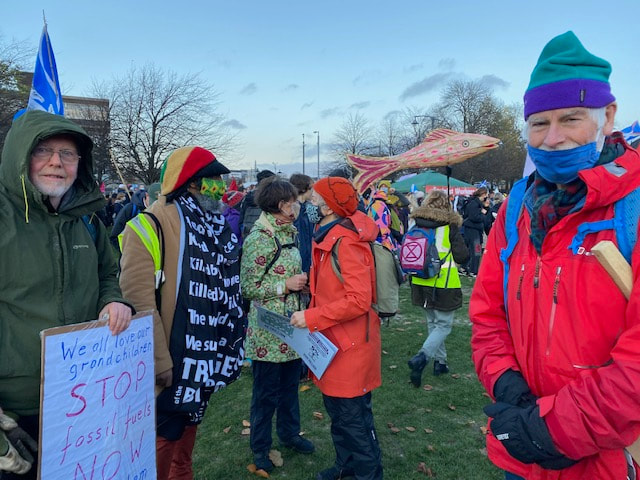 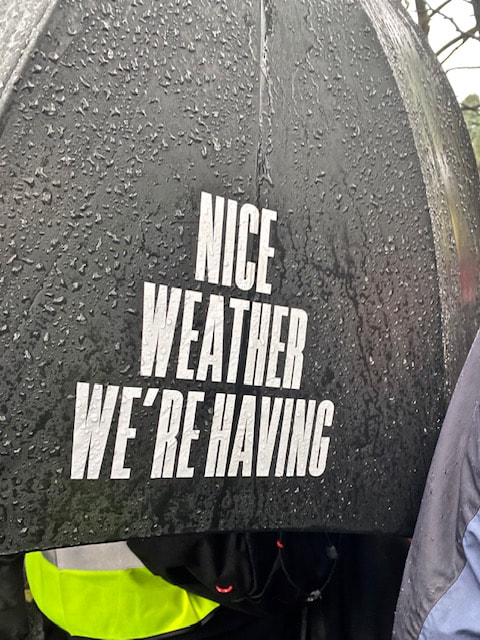 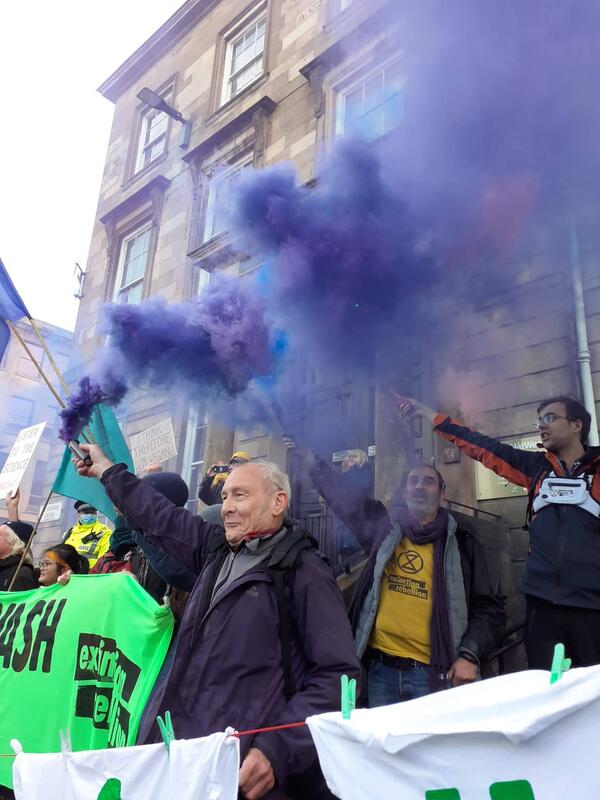 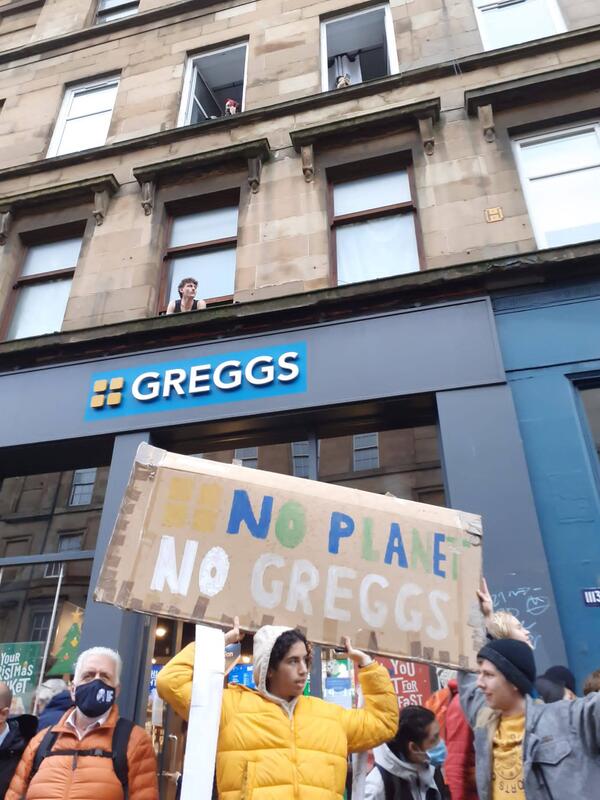 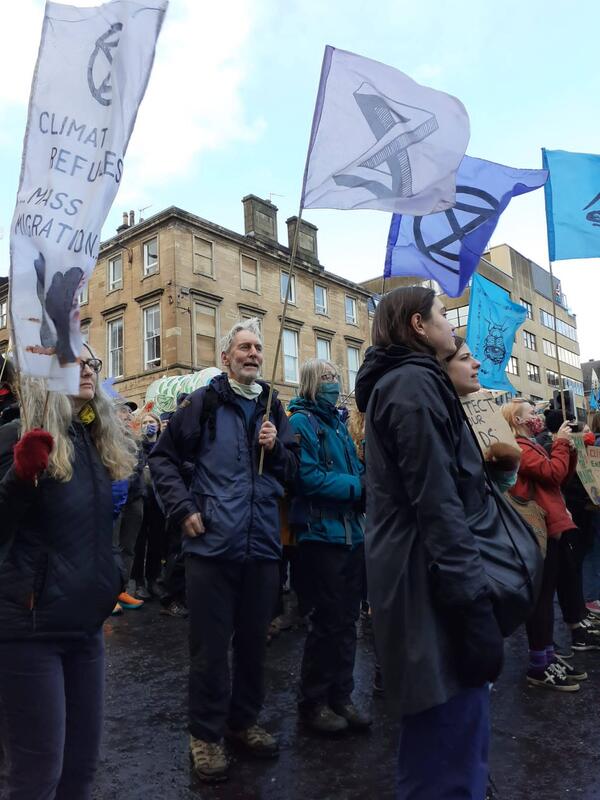 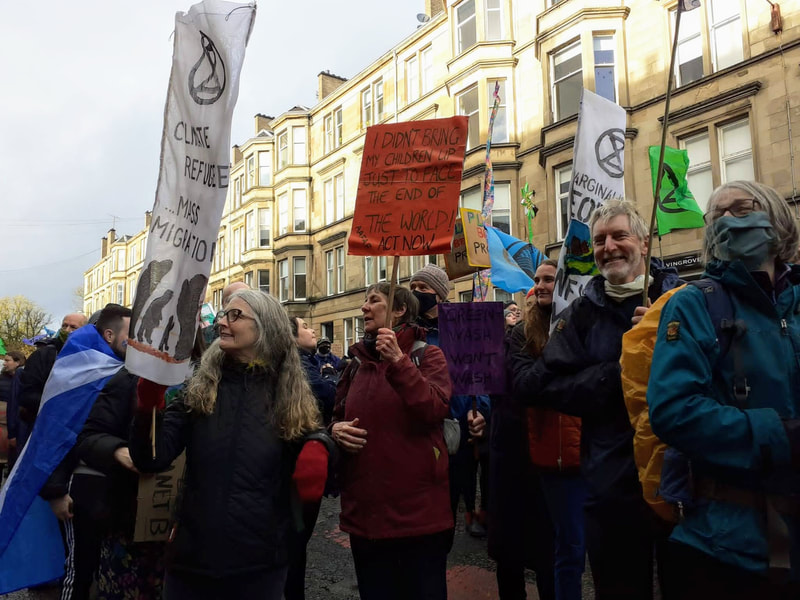 Ambleside Action for a Future was in Glasgow on November 6th to join the COP26 demonstration.
Report:- AAFAF rented a small bus and 19 of us were driven there through the lashing rain. With so many Glasgow roads blocked by ‘no entry’ signs, we’d been over the Clyde and all the way back again under the Clyde before we found the starting point.  There we set off on the long slow march in the still lashing rain (but well dressed in our mountain boots and waterproofs). Masses of people edged along with costumes, banners, flags and placards. And umbrellas. There were beautiful paper fish lanterns, giant silk birds, skeletons and monsters, and a whale made of twigs and netting, stuffed with rubbish. There were revolutionary groups with red flags and socialist pamphlets, yellow-jacketed policemen watchfully walking with them; groups of drummers who made us stamp our feet in time to their drums; and a bagpiper in Sauchiehall Street playing a mournful “When will they ever learn?” The sun came out and lit up the damp streets and the flags. Our group got split up early on, and a few of us found ourselves at Glasgow Green long before the others, trying to hear the speeches and stamping our feet to keep ourselves warm, by then a cold wind picking up. So we were thankful when the others appeared, and our bus driver led the way to the distant street where he’d managed to park. Then the three-hour drive home, with a ‘rest’ stop and a chance to buy a coffee and a bag of crisps, as if we’d just come off a wind-swept mountain.
Two of the placards: “We’re destroying the wrong Amazon” and “I should have laminated my placard”!