All agree that more trees are needed throughout the world to capture and store carbon. AAFAF members are supporting the effort to plant more native trees in the Ambleside area and maintain them after planting.
If you want to join in the effort in winter 2021/2 you can find our plans here.
Rydal Beck
In February 2020 we had the opportunity to go to Rydal to learn about maintaining recently planted trees from Simon Stainer of Natural England and Peter Leeson of The Woodland Trust.
We have continued this work in plantations on both sides of the beck close to Buckstone Jump in 2021. To the west of the beck (the area shown above) the young trees are very susceptible to both wind and deer and we had to restake some that had been done the year before. We found that any others are thriving. On the east side of the beck under Humphrey Crag the trees were planted with short spiral protectors and were being eaten by sheep as soon as shoots appeared over the top of the protectors. We replaced these with longer stakes and tubes.
Several hundred young trees were given a new opportunity for life in this way but we were not able to complete the job before the bracken grew too high. We will be returning when it dies down in the late autumn.
Deer Hows Wood
In summer 2021 we noticed that the ancient oak woodland Deer Hows Wood on the foothills of Loughrigg has been so grazed by deer and sheep that it has no understory. But looking down at our feet were hundreds of last years saplings, which each winter get eaten. We discovered that the wood is part of a larger area owned by the National Trust, and met with them and the Woodland Trust to arrange to protect the saplings.
So far we have protected 50 saplings, primarily oak, and a few hazel, rowan, and birch, with recycled plastic tubes from other plantings, and wooden stakes provided by the Woodland Trust.
While planting we noticed a willow tit, which is on the red list, as well as flycatchers, woodpeckers and buzzards. These and other species need a rich understory to thrive. 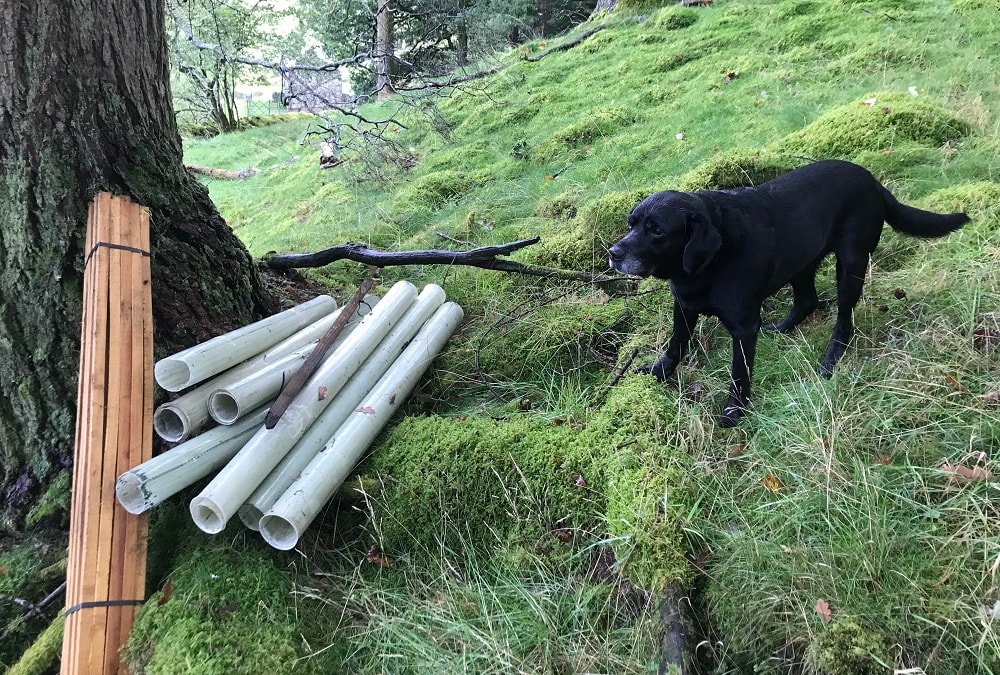 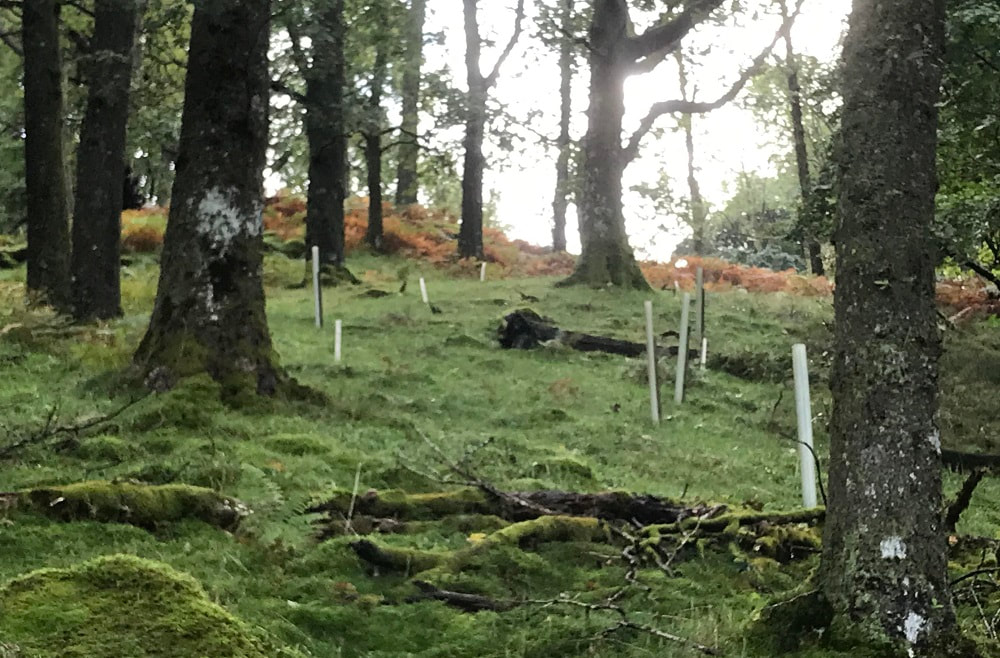 Watch the video of Peter Leeson explaining his work on planting trees in Cumbria.
Visit The Woodland Trust website to learn of their work nationally.
Registered Charity Number 1188921